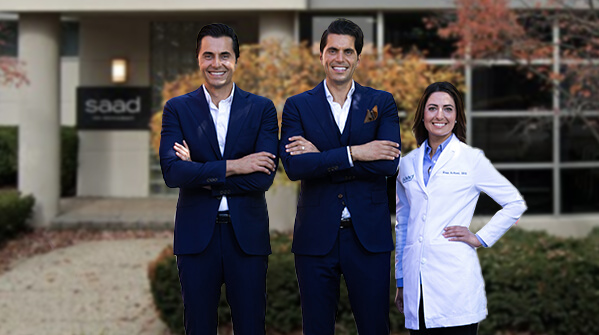 We’ve carefully curated a team of experienced, passionate dental professionals. We wouldn’t be able to provide the exceptional level of care that we do without being backed by such a talented dental team. We share a mutual goal to provide high-end service for our patients and high-quality treatments to help them achieve flawless-looking smiles. Whatever brings you to us, you can rest assured that you’re in great hands! 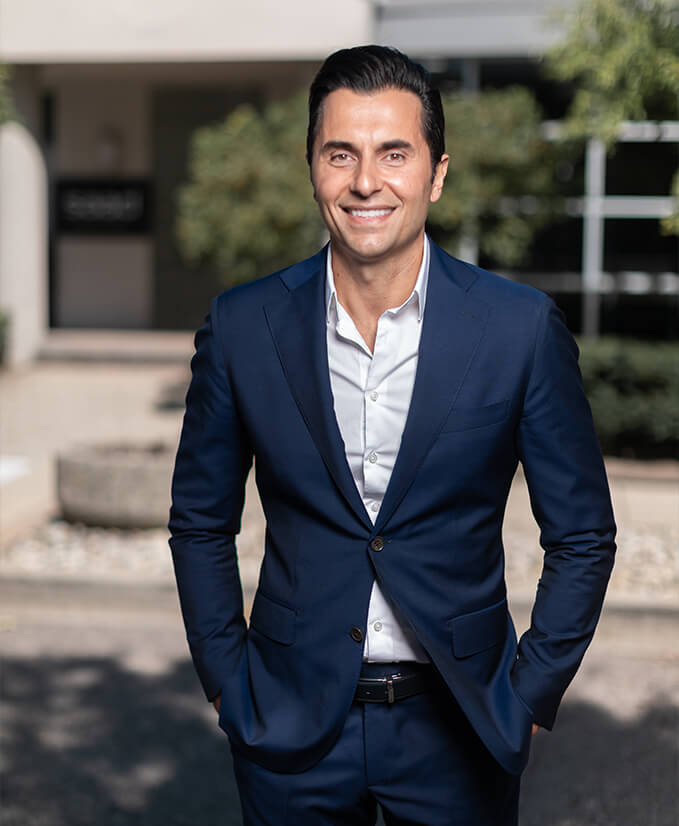 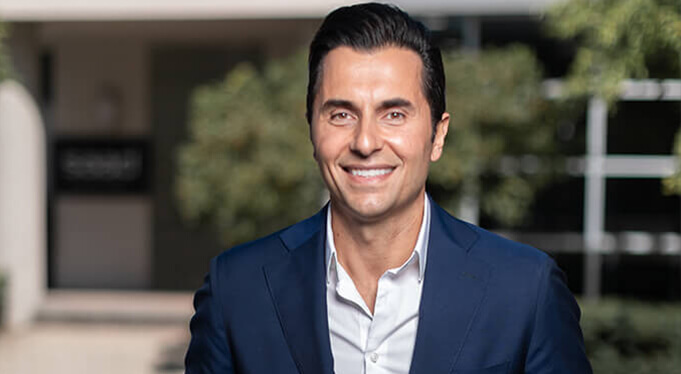 Dentist in Birmingham, Dr. Ali Saad entered the field of dentistry at a young age, working for a prominent dentist when he was 16. He graduated from the University of Michigan, and received a degree in dentistry from Nova Southeastern University in Florida, where he also received the prestigious “Student Cosmetic Dentist” award. Dr. Saad spent his final year as a dental student training under Dr. Bill Dorfman, who is widely recognized as one of the country’s leading dentists and a celebrity dentist on the TV show, “Extreme Makeover.” After seeing the joy on the faces of the patients whose lives were changed by cosmetic dentistry, Dr. Saad couldn’t imagine doing anything else. Today, he enjoys that passion as a full-time cosmetic dentist at Saad Oral Health & Beauty in Birmingham, Michigan. Dr. Saad currently serves as the Official Dentist for the Miss Michigan and Miss Michigan Teen USA pageants. In addition to practicing as a cosmetic dentist, he has written and published several books on the subject of the national dental boards. Dental Board Busters are the leading study guides for both dental and dental hygiene students who are pursuing board certification. Dr. Saad was recently awarded the Five Star Diamond Award by the American Academy of Hospitality Sciences, the “Top Dentist” distinction by Hour Detroit, and the Consumer Research Council of America. 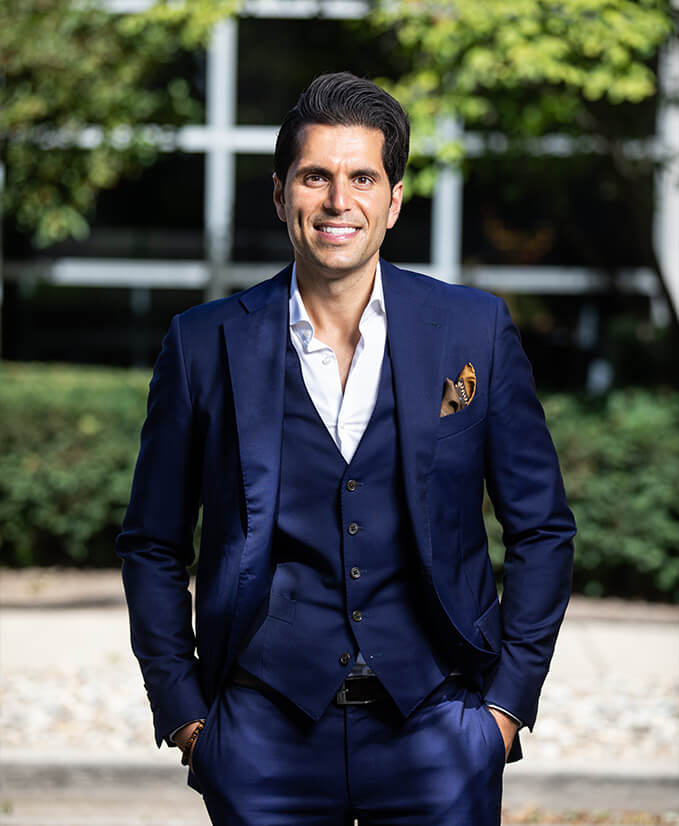 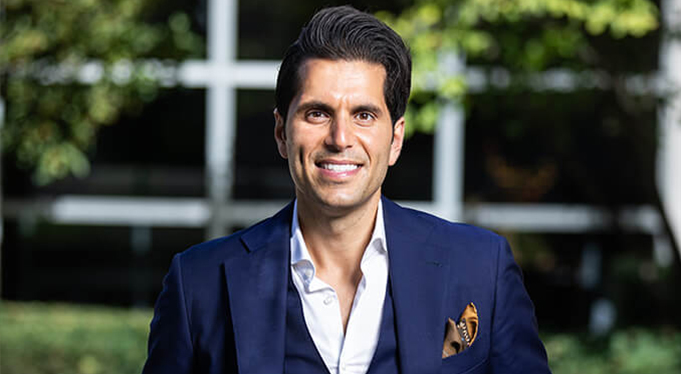 Birmingham dentist, Dr. Mohamed Saad has become a leader in cosmetic dentistry. After receiving his undergraduate degree at the University of Michigan, Dr. Saad continued his education, obtaining a dental degree from the University of Michigan School of Dentistry where he was awarded The Dental Departmental Scholarship. Dr. Saad’s many accomplishments include being nationally recognized for testing new cutting-edge dental products from leading national suppliers. Dr. Saad has been featured in numerous magazine articles, including the University of Michigan alumni publications and appearing on the cover of the Wayne Dispatch. Dr. Saad has also been featured nationally in the American Health Initiative publication and has been recognized as “Top Dentist” by the Consumer Research Council of America and by HOUR Detroit magazine. 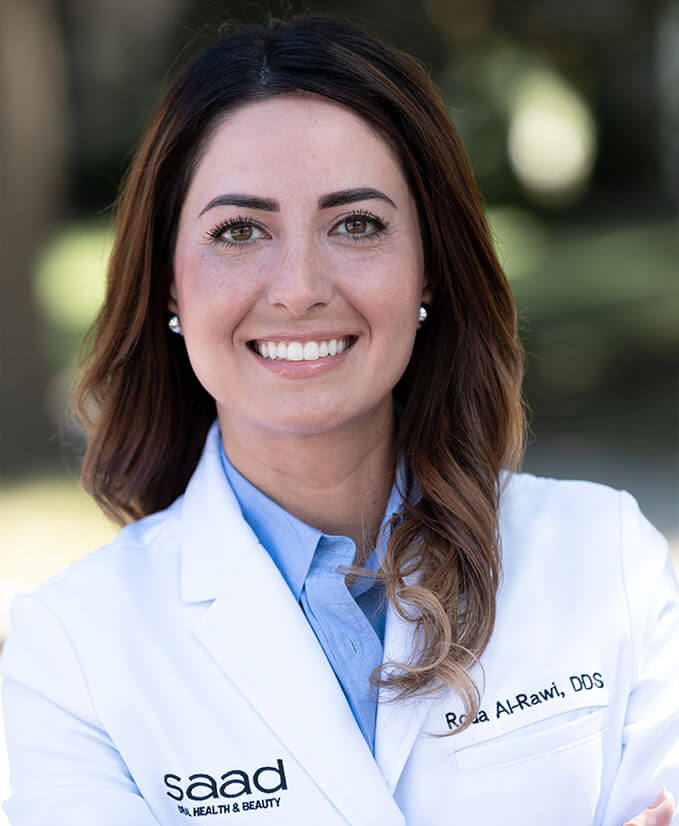 Birmingham dentist, Dr. Roua Al-Rawi grew up in Ann Arbor, Michigan and completed a Bachelor of Science at the University of Michigan, majoring in psychology. She always knew that she wanted to work in the health field and provide care for others. Dr. Roua’s interest in human health, coupled with her affinity for detail-oriented work led her to dentistry and a Doctor of Dental Surgery degree from U-M. Throughout her career she has provided dental care for disadvantaged communities and believes in a dental philosophy that puts patients first. 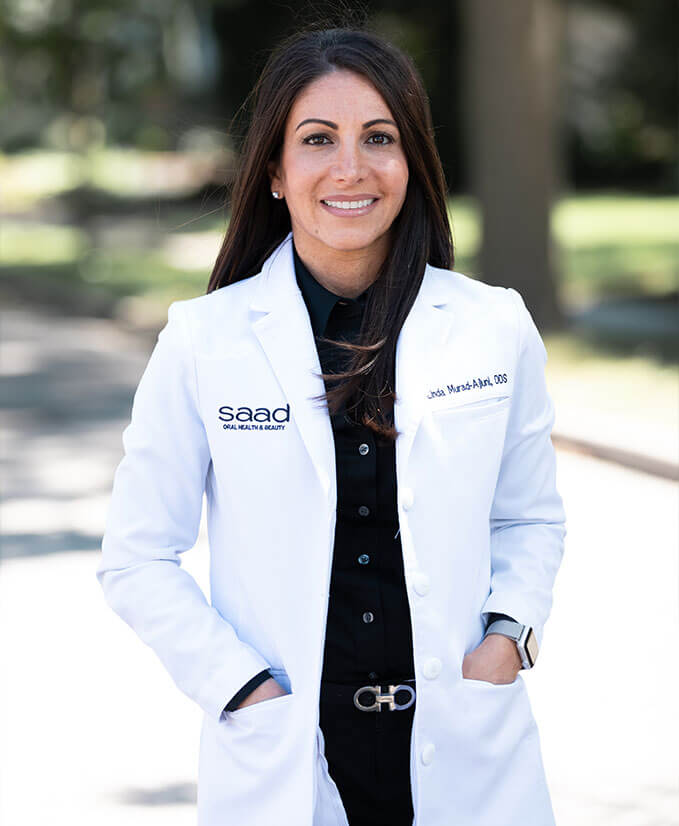 Birmingham dentist, Dr. Linda Murad-Ajluni is a native of metro Detroit. Raised in Troy, Michigan, she graduated from Troy Athens High School and furthered her education at Oakland University. She elected to pursue her passion by following in her late father’s footsteps. Dr. Murad-Ajluni received her Doctor of Dental Surgery degree at the University of Detroit Mercy School of Dentistry and has been practicing since 2006. She currently resides in Bloomfield Hills with her husband and their three children. 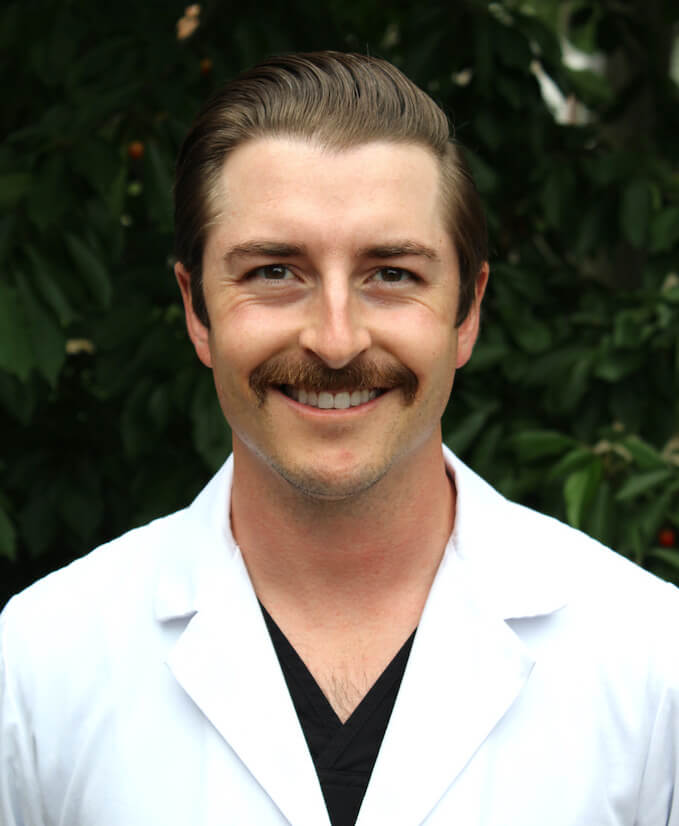 Dr. Matthew Thomas was born in Royal Oak, Michigan and raised in Ortonville. He graduated from Brandon High School before completing his undergraduate studies at Adrian College, where he earned a Bachelor of Science Degree in Biology. While at Adrian College, Dr. Thomas played on the Varsity soccer team and was an active member of the Theta Chi fraternity. He went on to receive his Doctor of Dental Surgery degree in 2017 from the University of Detroit Mercy School of Dentistry.

Since graduation, Dr. Thomas has invested time in continuing education with a focus on occlusion, oral surgery, and dental implants. He remains firmly committed to expanding his knowledge of dentistry and is currently taking classes at the Kois Center, the only continuing education program in the country conducting and publishing independent research.

Dr. Thomas was recognized as a 2019 and 2020 Top Dentist in Hour Detroit Magazine. He’s an active member of the American Dental Association, Michigan Dental Association, Oakland County Dental Society, and Academy of General Dentistry. He enjoys working with all age groups and is committed to building a lasting relationship with his patients that emphasizes trust and communication.

Dr. Thomas currently resides in Royal Oak and enjoys spending time with his friends and family. In his spare time, you can find him trying local Detroit restaurants and breweries, as well as playing competitive sports and enjoying outdoor activities like kayaking and mountain biking. 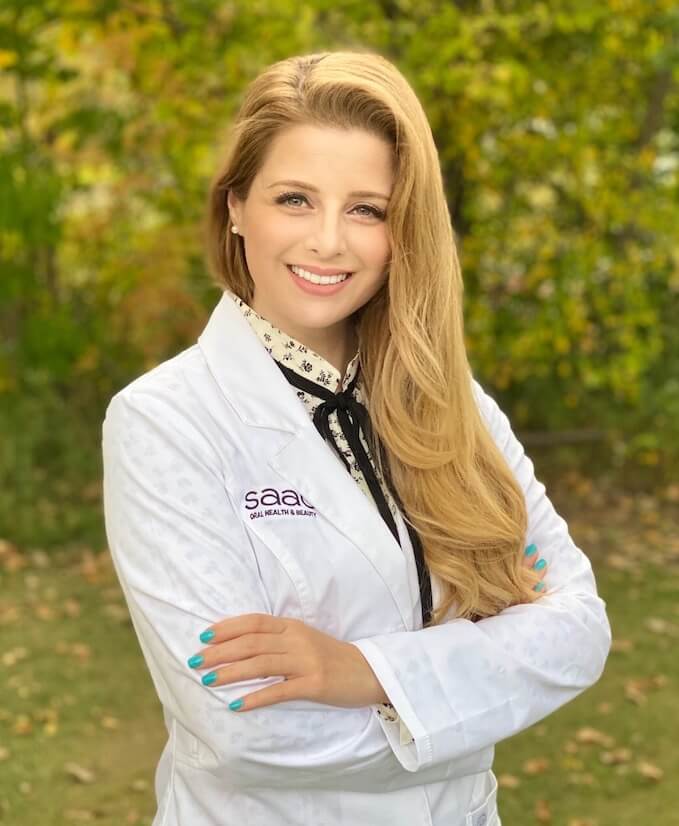 Birmingham dentist, Dr Sara Hannoodi was raised in London, England where she attended school and college. Growing up with parents who were doctors, she knew early on that her chosen career must fulfil her passion for science as well as delivering care to people, which naturally led to dentistry.

Dr Hannoodi decided to study abroad and completed a Doctor of Dental Medicine degree in the Czech Republic in 2012, before returning home to England and practicing as a general dentist for 4 years. She loved the invaluable experience of practicing dentistry internationally and the knowledge that came with it. To further her skills and fulfil her love for travel, she made the leap to come to the US and complete a Doctor of Dental Surgery degree at the University of California, Los Angeles. She then made the move to Michigan to be with her husband and has loved being part of the community. 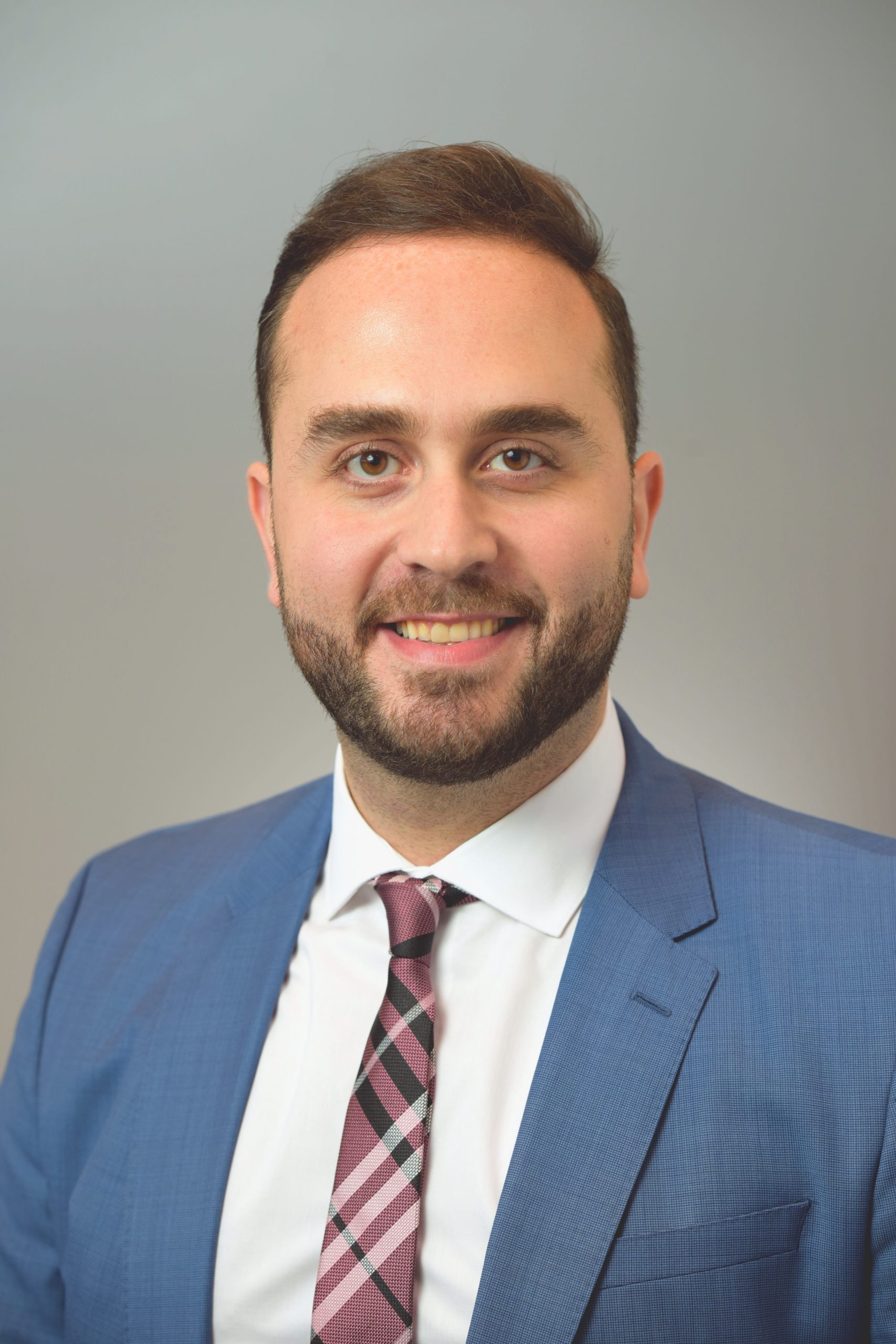 Dr. Omar Mario Masabni is a Board Certified Periodontist & Dental Implant Surgeon and has earned the prestigious Diplomate status from the American Board of Periodontology.

Dr. Masabni has earned his Bachelor of Science degree from the American University of Beirut and his Bachelor of Oral & Dental Surgery Degree with high distinction for ranking top one, from BAU – Faculty of Dentistry, where the Lebanese Prime Minister recognized him with Gamal Abdel Nasser Award for Academic Distinction.

During his dental studies, Dr. Masabni developed a strong interest in periodontal medicine and then relocated to Detroit, Michigan in pursuance of his acceptance into the University of Detroit, where he served as chief resident. He completed three additional years of specialty training in Periodontology, Implantology & IV sedation, where he received a Certificate in Periodontics & Dental Implant Surgery and a Master of Science from the University of Detroit Mercy School of Dentistry and Ascension Macomb-Oakland Hospital.

Dr. Masabni received numerous honors and awards including the Zahi Khalaf Merit Award for Academic Excellence from the International College of Dentists and the Best Interdisciplinary/Complex Clinical Case Award from the Michigan Periodontal Association. Dr. Masabni was offered membership in the prestigious International Jesuit Honor Society – Alpha Sigma NU for ranking in the top 15% of the class during his specialty training.

In addition to dentistry, he was also passionate about playing the violin where he spent long hours of practice in the conservatory of music and was rewarded with a diploma of musical excellence twelve years after he picked up his first violin. Dr. Masabni performed with several national symphony orchestras, wining numerous awards.

Dr. Masabni is devoted to teaching and is currently an Affiliate Professor at the University of Detroit – School of Dentistry, encouraging the next generation of dentists to have the same passion for periodontology and dedication to serving patients.

Periodontal plastic surgery is his passion and harmonizes his strong interest in dentistry, music and teaching – as it encompasses them all. 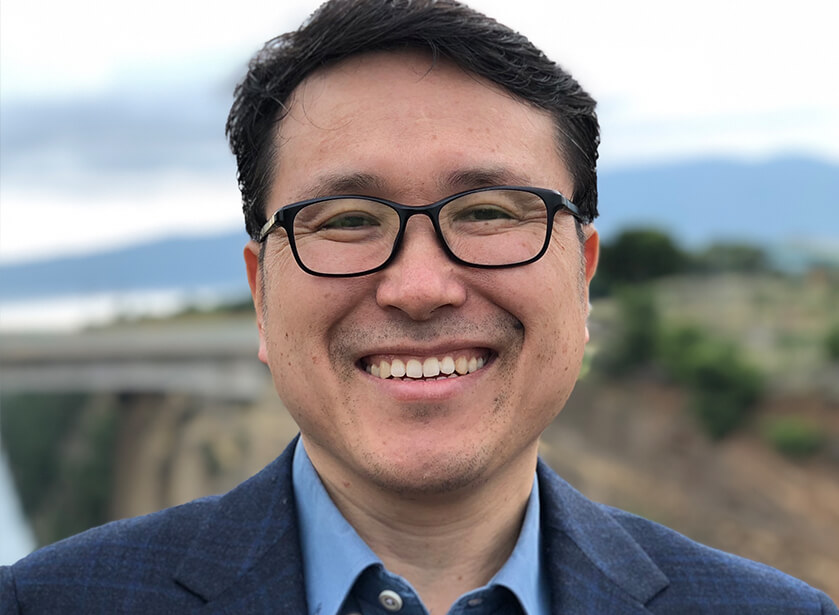 Calvin Mun has over 20 years of dental experience, which he utilizes to communicate with patients to ensure the best possible smile results. He graduated from the University of Toronto and has studied with Jason Kim, Master Willi Geller, Walter Gephardt and many other renowned dental technicians throughout the world.

Calvin is instrumental in providing continuing education to technicians and was an instructor at New York University for “Mastering Aesthetics & Ceramics for the Advanced Dental Technician.”

Check Out Our Specials 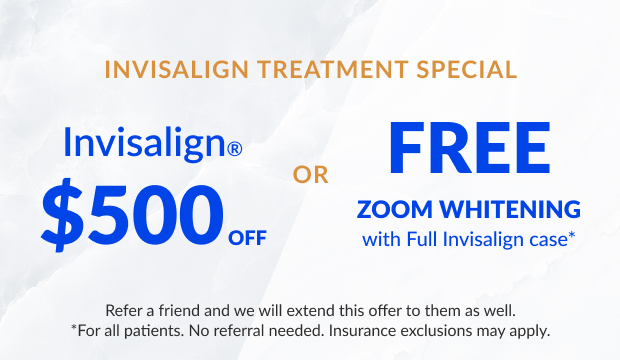